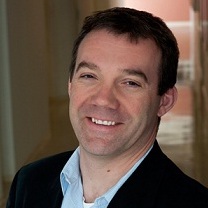 Tom Learner is Head of Science at the Getty Conservation Institute (GCI) in Los Angeles. He has a PhD in chemistry (University of London, 1997), and a Diploma in the conservation of easel paintings (Courtauld Institute of Art, London, 1991). He was a Getty Intern in the Scientific and Painting Conservation departments of the National Gallery of Art (NGA), Washington DC, 1991-2, before joining the Tate, London to research analytical techniques for identifying 20th century painting materials. He became Senior Conservation Scientist at Tate in 2000, and initiated the Modern Paints project between Tate, the GCI and the NGA in 2002. He has published widely, including two books: The Impact of Modern Paints (2000) and Analysis of Modern Paints (2004), and has been on the organising committees for two of the recent, major conferences on the conservation of modern and contemporary art: Modern Paints Uncovered (Tate Modern, May 2006) and The Object in Transition (Getty Center, January 2008).