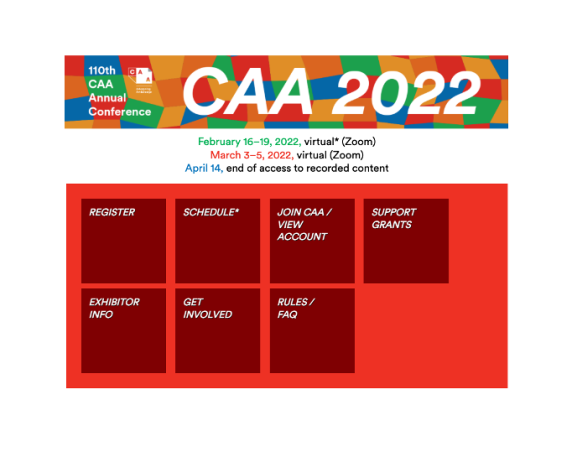 How can a work of performance – ephemeral, site- and time-sensitive, possibly tied to the body of the artist – be conserved? This question has long been answered by recourse to documentation and performance “relics,” the tangible, exhibitable and, above all, collectible remains of performances. Yet in the past decade, museums have begun to acquire live artworks and restage historical ones, lending urgency to the practical as well as theoretical problems of conserving works of art long considered too ephemeral to be conservable. As contemporary art has grown more demanding, conservation has also grown as a discipline, developing new discourses and practices that both revise and expand the conservator’s role. No longer confined behind the scenes, conservators are now routinely asked to consult on acquisitions, direct complex installations, or even creatively partake in the reinstantiation of conceptual and performance works. Conservators accordingly have a new consciousness of their influence on the work of art and thus the course of art history. This panel, which has been organized within a collaborative research initiative Performance: Conservation, Materiality, Knowledge, examines performance as the object of conservation, seeking contributions from scholars, conservators, archivists, and others who address theoretical and practical questions related to the ongoing life of performance works in institutions and beyond, as well as explorations of the conservator’s role in bringing liveness into the museum.

In the last decades, contemporary art has become increasingly diverse and thus challenging to conservators. In performance art, bodies – human as well as nonhuman ones – have come to play a key role in processes of conservation, for example through practicing, rehearsing, and re-performing artworks. One place in which bodies have been trained for centuries and still are trained to conserve artworks is the music conservatoire. By understanding the conservatoire as a place where musicians become expert maintainers of musical heritage, this paper turns to classical music to explore what insights contemporary art conservators might gain from how musicians learn to perform works. I show how students and teachers – rather than being mere ‘transmitters’ of artworks – actively engage in a conservation practice in which human bodies and nonhuman instruments intertwine in processes of transcorporeal labour and play. Drawing on a year of ethnographic research (observations and qualitative interviews) of three violoncello classes at the Conservatorium Maastricht, I examine how in bodies and cellos together the ambivalences and boundaries of the works’ identities are negotiated. Thereby, musical works become engrained into bodies as sets of individually choreographed, fine-calibrated motions, turning the musicians’ bodies and instruments into material archives through which musical memory and history are actualised. From this, I draw conclusions for contemporary art conservation about the role of human and nonhuman bodies in processes of conservation, conservation as a transcorporeal effort, and the idea of who or what a conservator can be.

Megan Metcalf, Lauren Rosati, and Limor Tomer: The Future is Now: Digital Archives as Performance Conservation at The Metropolitan Museum of Art

Last year, when the majority of live events around the world were put on hold due to the coronavirus, producers adapted quickly to organize performances for virtual spaces. What will be their legacy once this time of crisis is over? This presentation uses examples from the Metropolitan Museum of Art to explore the role of digital documentation in producing performances for virtual audiences and to speculate on what the future holds for preserving these experiences. It argues that, as these performances incorporate distribution and documentation into their conception, they disrupt conventional thinking about conservation that characterizes it as something after or outside the artwork—and places it at the heart of a work’s creation. As such, these projects extend ideas about documentation as critical to a performance’s ontology, introduced in the performance art of the 1960s and 70s, and give them new expression today in the digital sphere. The demand for virtual events at the Met prompted its curators, artists, and digital producers to experiment with new ways of thinking about “liveness,” which has implications for the collection and preservation of time-based media at the Met. This not only pressures the distinction between an artwork and its documentation, the museum and the archive, but also distinctions between curatorial departments, museum protocols, and professional competencies. Finally, lost performances from the Met’s history—both recent and in the distant past—provide insights into the stakes of conserving the productions of this unusual time.

Paul Couillard: Conserving performance art: The materiality of the gesture

Performing arts traditions tend to treat works as texts—scores, scripts, and choreographies—that endure by being reinterpreted by new performers. Visual art traditions seek to preserve objects crafted by their creators. Contemporary performance art practices, however, tend to view the unique temporal, spatial, material and relational conditions of a performance's production as the very "flesh" of the work. Consequently, historical exhibitions of performance art tend to focus on material remains: objects, recordings and other documentation that both come out of and stand in for a body of work. While Jones (1997, 2011), Auslander (2006) and others have argued that such documents are a vital part of performance art practice, and, indeed, are likely to transmit an artist's ideas to a much wider audience than any actual performance, it is little wonder that Phelan (1993) has argued that the ontology of a performance is to be found in its disappearance. Exhibitions of remains often have a feeling of

Ian Wallace: An Ecology of Worth: The "Rediscovery" of Charlotte Posenenske, 2007–2019

The questions raised by the acquisition and conservation of Charlotte Posenenske’s Reliefs, Vierkantrohre (Square Tubes), and Drehflügel (Revolving Vane)— all of which were conceived in the mid-1960s to be sold, in unlimited series, at the cost of their production—lie at the center of a greater shift in museum acquisition policies whereby diverse materials have displaced the concept of an auratic, original object. While many museums have acquired Posenenske’s work in the past decade, there is wide variation in the material collected, from sketches and early studies (MoMA, New York) to aged particleboard prototypes (Tate Modern, London) and new refabrications (MMK, Frankfurt). This paper tracks recent curatorial approaches to Posenenske’s work through three key exhibitions that established what I call an “ecology of worth” around her work. 2007’s Documenta 12 situated her among a coterie of roughly-contemporaneous, international practices and paving the way for its reintroduction to the market. A few years later, a 2010 exhibition at New York’s Artists Space invited three contemporary artists to reconfigure Posenenske’s sculptures, retooling her emphasis on cooperation for the production of social capital. Most recently, Dia Beacon’s 2019 exhibition “Work in Progress” applied new standards of dating to demarcate new categorical hierarchizations within Posenenske’s oeuvre and to emphasize her works’ historical value. Through analyses of these exhibitions, I argue that the variable treatment of Posenenske’s work indicates a conflict between the artist’s intention of devaluation, the historical value of the performance “relic,” and art’s economic value as cultural property.